Where’d You Get That Idea?

When the idea of a startup came to me, I had no idea how it would turn out. How could someone who never started an enterprise or built anything have ideas that were worth investing in? The answer is simple: experience and knowledge. Experience leads to thoughts which lead you down one path while knowledge gives you innumerable options. 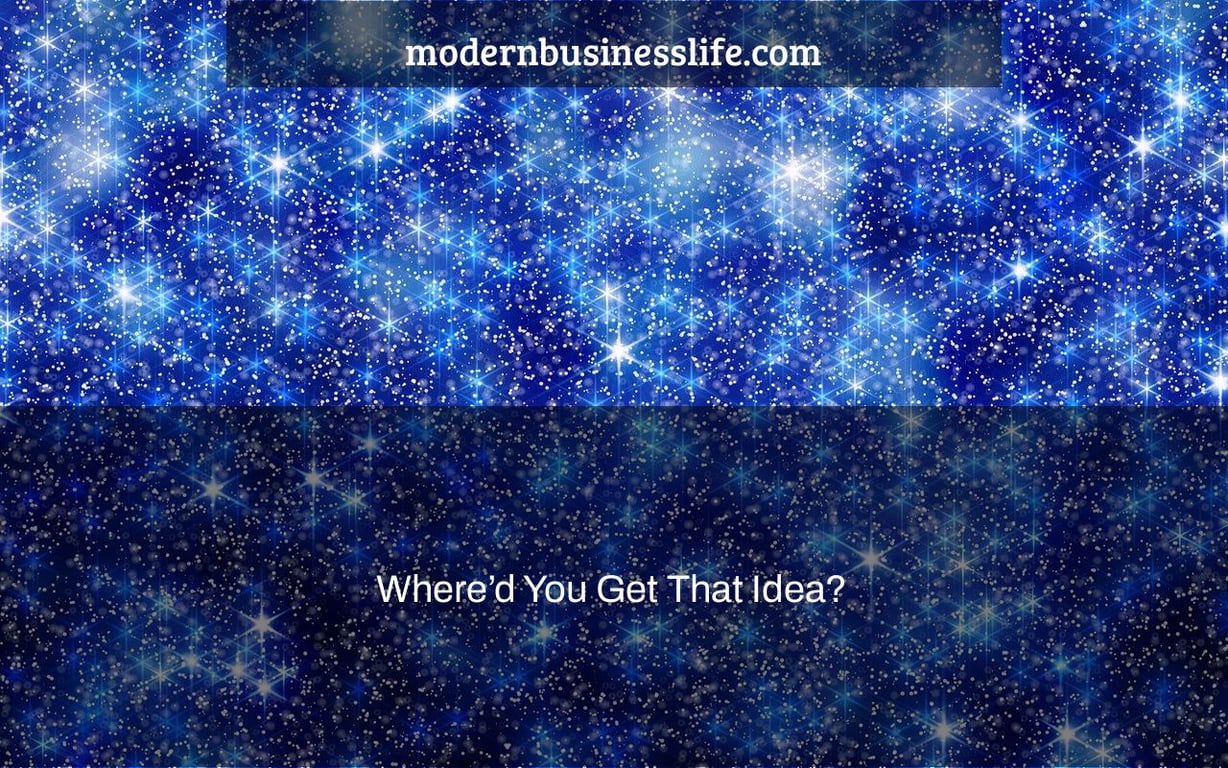 Consider yourself in a conference room, giving a presentation to possible investors about your company strategy. What do you say when someone asks, “Where did you acquire that idea?”

This comes to mind now as a result of a piece I saw on Ask the VC yesterday. What does it signify when investors ask that query, according to an e-mailer:

Are they searching for an emotive and inspirational tale, or are they concerned that we may have stolen our concept from someone else, or, as I think, do they want to know whether we were motivated by a market need that we noticed?

In his essay “How Did We Get the Idea for Our Startup?” Jason Mendelson tackles that topic from the perspective of a venture capitalist. Yes, he admits, creativity and feeling are appealing. And, for obvious reasons, a fantastic new market is even better. However:

This is a major one: “Took Our Idea from Someone Else.” We will have an in-depth conversation if you come to propose a next-generation social networking site and have previously worked at Facebook. Maybe you didn’t steal it, but your previous company could have a claim to the intellectual property you created while working there.

In reviewing company plans and advising, I’ve come across the final one many times. It raises warning flags when entrepreneurs are currently working in the same business.

The conversation reminds me of a pivotal sequence from the 1988 film Working Girl. The elderly man inquires of the two ladies where they received the concept, which is a contentious one in which ownership is disputed. One of them is just hemming and hawing. The other reconstructs the thought stream in great detail, including news articles, gossip, and other links. Guess who had the bright idea?

“Where’d You Get That Idea?” is a song written by John Lennon. It was released in 1968 and became a hit in the United States. The lyrics of the song are about creativity and how it can be seen in different forms. Reference: forms of creativity.

Tips and Tools for Keeping Your High Growth Startup on Track

How to Master Entrepreneurship Without Breaking a Sweat