A Starter Guide to Project Agreements

The agreement is the cornerstone of every company’s legal structure. It formalizes, in writing, what needs to happen between two or more parties so that both are aware of their roles and responsibilities.

The “project-based contract agreement template” is a document that shows the different types of project agreements. The document includes information on how to write, what type of language to use, and what clauses are included in each agreement.

Get everything down on paper.

It’s a motto I lived by in my previous work as a paralegal, and it’s also one that’s helped me succeed as a freelance writer and editor. If there’s one major error young entrepreneurs make (apart from charging too little for their services), it’s not having a formal, written project agreement in place before beginning a new business.

You don’t need anything extravagant, but something is required.

Why Do You Need a Contract, No Matter What?

Even if your new customer seems to be a wonderful person… even if you’ve worked with them on previous projects… even if you’re scared of frightening them away with a long list of terms and conditions… The harsh reality is that life occurs. Even if you and your client have the greatest of intentions when starting a project, things may go wrong, individuals can change their minds, and misunderstandings can happen.

Even if it’s only a one-man show right now, you’re operating a company. And you owe it to yourself to look out for the company’s best interests. Good customers won’t hesitate to sign a contract before you start working, and if they do, it’s an indication that they may be problem.

And if the thought of putting up a legally binding contract makes you nervous, don’t worry. It’s simply a question of going over some basic groundwork to ensure that everyone is on the same page.

Essentials of a Project Agreement

To draw up a simple, functional project agreement, you don’t need a law degree or a working understanding of legal jargon. All you have to do now is lay down the project’s fundamental structure and expectations. These are some of them:

Names, contact information, and the date of the parties

Begin by writing down the names of both parties, their addresses, and the agreement’s date. Assign each partner a shorter name to use throughout the text to avoid tiresome repetition later. As an example,

Include a basic explanation of the job to be done, as well as the services and goods you’ll be providing. You don’t have to be too detailed; just provide enough of an overview so if a disagreement arises later, you’ll be able to go back to the scope to see whether the job was completed as agreed.

How long is this project expected to last? If it’s required to be completed within a particular amount of time, make the deadline clear. Include a phrase like “until such time as both parties agree in writing to terminate this contract” if it’s a long-term endeavor.

Make it clear how much you’ll be paid for your services as well as how you’ll be paid. When will you send the invoice to the client? Is payment required immediately upon receipt of your invoice, or do they have a 30-day grace period? What types of payment are available to them? Will they be charged interest or a fee if they are late? Money is typically one of the greatest sticking issues, so leave nothing to the imagination.

If one of you chooses to quit working for whatever reason, plan ahead of time how you’ll do it. The cancellation request must usually be made in writing, and the customer is responsible for any work completed up to that point. It’s also a good idea to include a clause stating that in the event of a contract violation, both parties have the right to terminate the agreement without previous written notice.

Things take place. Perhaps the customer decides they want more work done than they first requested. Perhaps you need a deadline extension since the initial estimate failed to account for specific variables. Prepare for whatever may arise by adding a clause stating that any modifications to the agreement must be authorized in writing by both parties. You may establish an updated agreement if anything has to be changed.

Depending on your circumstances and the details of the project, you or your customer may choose to add more parts. But the aforementioned are plenty to get you started, and they are the very least I would suggest before starting any new project.

What other parts of project agreements have you found yourself returning to time and time again?

A “starter guide to project agreements” is a document that outlines the responsibilities of each party involved in a business venture. The agreement is usually written by the company, but it can be done by an individual as well. It can also be used to outline what will happen if one party does not fulfill their obligation. Reference: how to write a contract agreement.

What agreements should be reached before starting project?

A: Psychologically, a project should be built in a way that it cant go wrong. If you have an agreement about what is going to happen before the process begins, then you are much more likely to not experience any issues with your project.

How do you write a project agreement?

A: A project agreement is a form that outlines the general terms and conditions of a specific project.

How do you start an agreement?

A: It is not possible to enter an agreement with the U.S military, as they have no official presence in Japan. 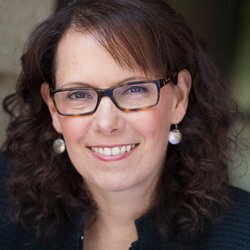 Become a Great Leader—Harness the Power of Primal Emotions 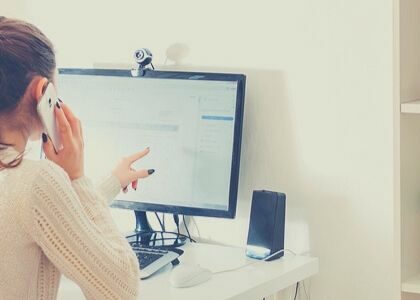 The Ultimate Work From Home Checklist

The Benefits of a Business Accountant, and How to Choose One